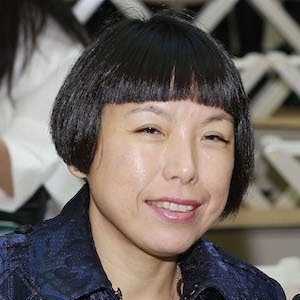 Chinese fashion journalist who is known for being the editor-in-chief of Vogue China and an integral role in the development of China's fashion industry.

She attended Peking University where she received a degree in law and English. She then received an MBA from University of South Australia. She worked as a writer at Eastern Express in 1993 and in 2005 became editorial director of Vogue China.

She was known for being the youngest of Vogues editors-in-chief when she took over Vogue China. She has over 300,000 followers on Instagram.

She was born and raised in Beijing, China. She has one daughter named Hayley.

She posted a picture with William Chan and Liu Shishi to her Instagram.

Angelica Cheung Is A Member Of