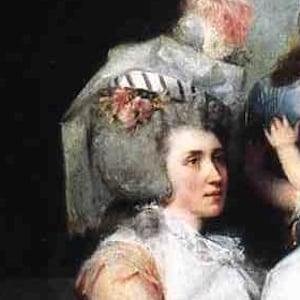 The daughter of Continental Army general Philip Schuyler and the sister of Alexander Hamilton's wife, Elizabeth Schuyler Hamilton. She is also known as the wife of British MP John Barker Church.

Coming of age during the American Revolution, she became a close correspondent of political leaders like Thomas Jefferson, Alexander Hamilton, and George Washington.

A prominent New York socialite, the village and the town "Angelica" in New York state were named after her.

In addition to her sister Elizabeth, she also had another sister, Margarita "Peggy" Van Rensselaer, and a brother, Philip Jeremiah Schuyler.

In the biographical musical Hamilton, she was portrayed by Renee Elise Goldsberry in the original Broadway cast.

Angelica Schuyler Church Is A Member Of