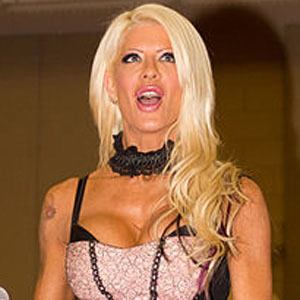 Professional wrestler, born Lauren Williams, known for her success in the TNA, where she's been a six-time Knockouts Champion.

She began wrestling in local Canadian venues at the age of 19 under the ring name Angel Williams.

She's also competed in the WWE and on the Independent Circuit. Before turning into a professional wrestler, she worked as a manager, where she was voted "Manager of the Year" in the Impact Wrestling Foundation.

She and Christy Hemme have both been successful in the TNA. She is a one-time Knockouts Tag Team Champion with fellow female wrestler Winter.

Angelina Love Is A Member Of