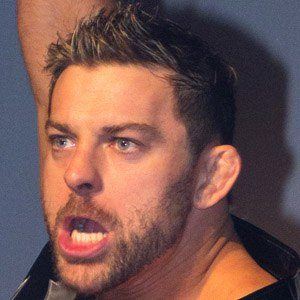 Professional wrestler known for being a three-time Ring of Honor World Tag Team Champion. He was named as the Most Outstanding Wrestler of 2011 by Wrestling Observer Newsletter.

He wrestled in high school and was a student of Brazilian Jiu-Jitsu.

He was ranked seventh on Pro Wrestling Illustrated's 2012 list of the five hundred best singles wrestlers.

He was married to professional wrestler Christie Summers from 2008 to 2010. In June 2015 he married TNA wrestler Angelina Love; they welcomed a son named David Vincent Richards on March 17, 2016.

He had a long and successful tag team partnership with Rocky Romero in TNA Wrestling.

Davey Richards Is A Member Of