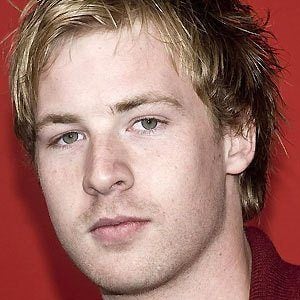 Australian actor best known for his roles on Packed to the Rafters and H2O: Just Add Water who made his first professional appearance in a recurring role on the series Something in the Air.

He had his first experiences acting on stage in local theater productions.

He is also a drummer and bassist in the bands Rapids and Ballet Imperial.

He had a relationship with Indiana Evans. His mother's name is Kerena McLaren.

He has acted alongside Cariba Heine in the Australian television show H2O: Just Add Water.

Angus McLaren Is A Member Of