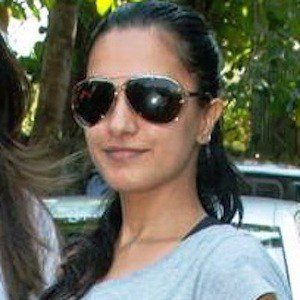 Multilingual film and television actress known for appearing in a wide range of Indian films. She earned her breakout role on the daytime soap opera Kabhii Sautan Kabhii Sahelii. She has since appeared on Ye Hai Mohabbatein, MTV Fanaah, and Comedy Nights Bachao.

She began her career working as a model, becoming a face for brands like Sunsilk and Boroplus.

She made an appearance in season eight of Jhalak Dikhhla Jaa, India's version of the BBC series Strictly Come Dancing.

She starred alongside Sohail Khan and Isha Koppikar in the 2004 film Krishna Cottage.

Anita Hassanandani Is A Member Of