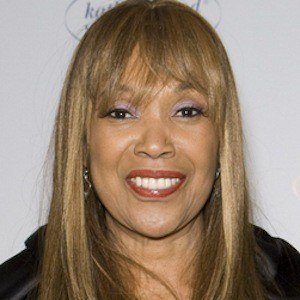 Soul, R&B, and country singer and songwriter who formed The Pointer Sisters with her siblings in 1969.

She was born in Oakland, California and she worked as a secretary before pursuing a career in music.

She co-wrote the 1970s hit song "Fairytale," which won a Grammy Award for Best Country Performance by a Duo or Group.

She had one child with her first husband, David Harper. Following her divorce from Harper, she was married to Richard Gonzalez for several years.

Her older sister, Ruth Pointer, was the last to join The Pointer Sisters.

Anita Marie Pointer Is A Member Of