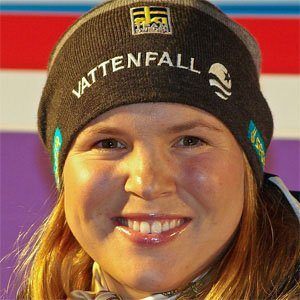 Alpine skier who won six Olympic medals, including gold in the slalom at the 2006 games in Turin.

She won 13 medals at the World Championships, including seven gold medals.

She skiid for Fjallvinden athletics club, the same club that produced Ingemar Stenmark.

Anja Parson Is A Member Of