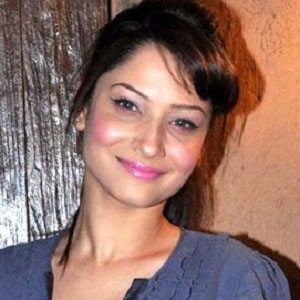 Indian actress who gained fame through her performance as Archana Deshmukh on the soap opera Pavitra Rishta. She has also appeared on the horror miniseries Ek Thhi Naayika and participated on the fourth season of the reality dance competition Jhalak Dikhhla Jaa.

She made her acting debut on Pavitra Rishta in 2009.

In 2012, she won the Indian Telly Award for Most Popular Television Personality of The Year for her work on Pavitra Rishta.

She was engaged to Sushant Singh Rajput, who was her partner on Jhalak Dikhhla Jaa, but the two ended their six-year relationship in early 2016.

She and Shakti Arora are both famous for their roles on the Zee TV series Pavitra Rishta.

Ankita Lokhande Is A Member Of