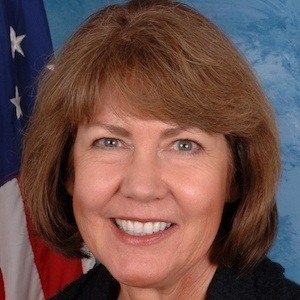 Politician and member of the Democratic party who was elected the United States Representative for Arizona's 1st congressional district in 2013.

She became Coconino County's first woman deputy county attorney in 1980 and was later a member of the Flagstaff Water Commission.

In Congress she proposed and helped pass a bill which helps terminally ill veterans and service members collect their life insurance.

She was born and raised on an Apache Indian reservation near McNary, Arizona.

U.S. Representative Gabrielle Giffords endorsed her in her congressional campaign.

Ann Kirkpatrick Is A Member Of