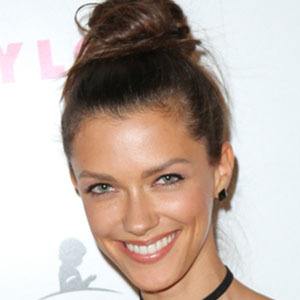 German-American model who has appeared in campaigns for brands Karl Lagerfeld, Maybelline and Victoria's Secret, amongst others.

Her first Instagram post was on October 19, 2013, and was a photo of her shooting a music video.

She is represented by Fusion Models, Next, and Wilhelmina Models.

She has a brother, Nicolas.

She appeared in the music video for Marc Anthony's song "Cambio de Piel".

Anna-Christina Schwartz Is A Member Of