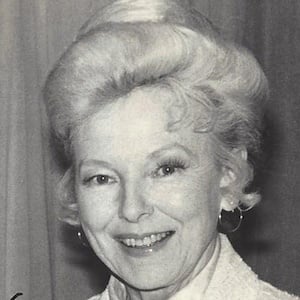 She had her first acting role at age nineteen in 1932's His Lordship.

She was married to her third husband, Robert Nathan, from 1970 to 1985. She had five children from two previous marriages.

She had a supporting role opposite Bette Davis in the 1962 Oscar-winning film What Ever Happen to Baby Jane?

Anna Lee Is A Member Of