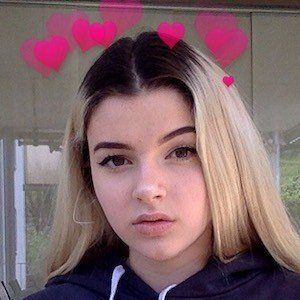 Crown verified TikTok personality whose creativity on the app has earned her 0 fans. She also publishes her TikTok videos on her Annvble Instagram account.

When she was young, she moved to Switzerland from Russia because of her father's work.

She created a YouTube channel towards the end of 2016 called Anna Moon. Her first videos featured her choker necklace collection and a hair tutorial.

She has a stepbrother and half-brother. In 2017, she began a relationship with a boy named Tiago, who's better known as netzteil on Instagram.

She used the Nicki Minaj song "Grand Piano" for a "glitch" TikTok video.

Annvble Is A Member Of