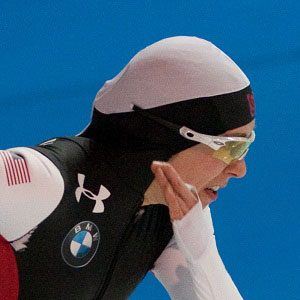 She began speed skating when she was 13, and quickly became a member of the USA Junior team.

After high school she moved to Canada to further her training.

She was born and raised in Duluth, Minnesota.

She was part of an American speed skating contingency at the 2014 Olympics that included men's racer Shani Davis.

Anna Ringsred Is A Member Of