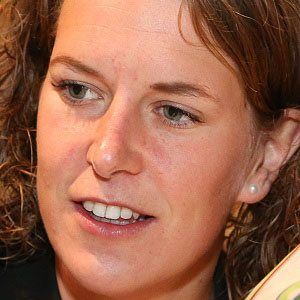 Allround speed skater who won gold medals in the 2006, 2010, and 2014 Olympics, making her the most successful Olympian in the history of the Netherlands.

In 2003 she was a silver medalist at the World Junior Championships.

Among her numerous accolades, she won four consecutive World Championships from 2011-2014.

She is openly bisexual, and made headlines at the 2014 Olympics when she received a hug from Russian president Vladimir Putin, who was at the time being chastised for his anti-gay views.

Ireen Wust Is A Member Of