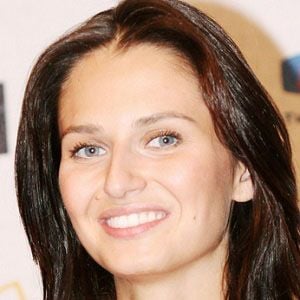 After rising to fame for her portrayal of Angelica Levi in the Italian soap opera CentoVetrine, she went on to act in the television shows The Falcon and the Dove, Il Commissario Manara, and Il Restauratore.

After winning the 1998 Miss Toscana beauty pageant title, she earned a finalist spot in the Miss Italia pageant. She appeared in her first film, Welcome Albania, in 2000.

In 2015, she began production on an Italian film titled Il Traduttore.

The child of a ballerina and a singer, she spent the first twelve years of her life in Kiev, Ukraine, and the remainder of her youth in Arezzo, Italy.

She was cast in a small role in the Rob Marshall-directed movie Nine (2009).

Anna Safroncik Is A Member Of