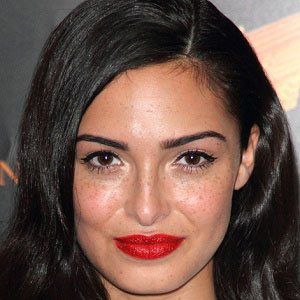 Famous for her role as Ruby Button on the British soap opera Hollyoaks, she is also well known for her portrayal of Romilda Vane in Harry Potter and the Half-Blood Prince and Harry Potter and the Deathly Hallows - Part 1 and Part 2. In 2019, she began starring in Netflix's The Witcher as Triss.

Before beginning her screen acting career, she studied at Highgate Wood School and the Camden School for Girls.

She was featured in the music video for the Warehouse Republic single "YDEK."

She is a contemporary of fellow Hollyoaks actress Alice Barlow.