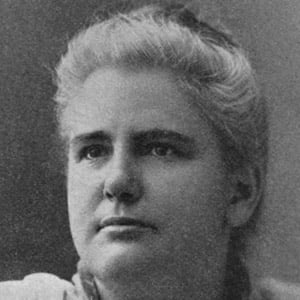 Remembered best as the one-time President of the National American Woman Suffrage Association (NAWSA), this English-born doctor and Methodist cleric began her involvement with women's rights activism as the Chair of the Women’s Christian Temperance Union (WCTU).

After working during her teenage years as a schoolteacher, she attended Albion College and the Boston University School of Theology and became an ordained minister in the Methodist Protestant Church. Later, she earned a medical degree from Boston University.

Though born in Newcastle-upon-Tyne, England, she spent the majority of her childhood in Massachusetts and Michigan, U.S.A.

She joined the National American Woman Suffrage Association in the late 1880s, on the invitation of women's rights leader Susan B. Anthony.

Anna Howard Shaw Is A Member Of