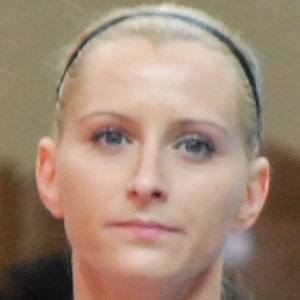 Polish volleyball player who has been a standout receiver for clubs like Impel Wroclaw, Muszynianka Muszyna and the Chemik Police, winning the 2012-13 CEV Cup with Muszyna. She began playing internationally for Poland in 2006 and won a bronze medal at the 2009 European Volleyball Championships.

She joined her hometown Second League club, Polonia Swidnica, in the 90's. In 1999, she earned silver at the Junior Championships of Poland.

She was offered captaincy of BKS Aluprof Bielsko-Biala in 2010 but turned down the offer.

She was born in Swidnica, Poland.

She and Bartosz Kurek are both famous volleyball players from Poland.

Anna Werblinska Is A Member Of