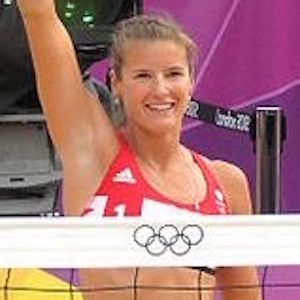 Olympic beach volleyball player, and former indoor player, who competed at the 2012 games alongside teammate Shauna Mullin. She earned representation as a fitness model as well with W Model Management.

She attended the University of Sheffield in pursuit of a law degree. She made her debut on the Fédération Internationale de Volleyball tour in 2009 as part of the first British team in competition on the tour in a decade.

She was previously a teammate of Liane Herbert and Lucy Boulton.

She was born in Christchurch, Dorset, England and called Bath, Somerset her home.

She and Emma Walsh both earned representation with W Model Management.

Zara Dampney Is A Member Of