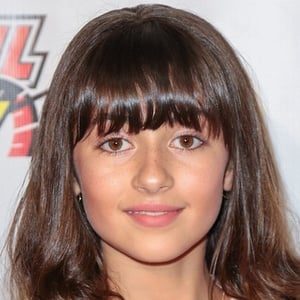 Film and television star who first became widely known playing Rachel in the series OMG! She has also had recurring roles in Boy Band Billy and Just Add Magic.

Only a week after signing with her age, she landed an audition for her first feature film. This would lead to her first screen role at only ten years old.

She made her silver screen debut in the 2016 feature film The Dog Lover.

In the 2016 film The Dog Lover, she starred opposite James Remar and Lea Thompson.

Annabelle Kavanagh Is A Member Of