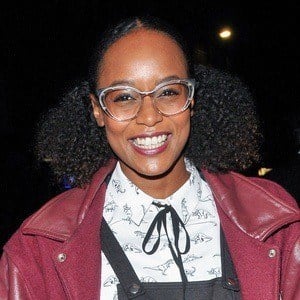 Model, reality television contestant, and television presenter, she is best known for being on season five of Britain's Next Top Model and season 18 of America's Next Top Model, where she placed third. She is the founder and owner of the frilly socks boutique Frills By AD. She is a recurring host for Clothes Show TV.

She began modeling at the age of 13. She modeled Ponds Skincare, Jemma Kidd, Nike, Adidas, Puma, Clinique, and more print campaigns and also for spreads in Black Hair Magazine, The Guardian supplement, and Woman Magazine. In 2009 she was cast in Britain's Next Top Model.

For television presenting she is represented by Noel Gay Management.

She has a sister and was born in the Camden neighborhood of London.

She came in third on the 18th cycle of America's Next Top Model behind Laura Lafrate and winner Sophie Sumner.

Annaliese Dayes Is A Member Of