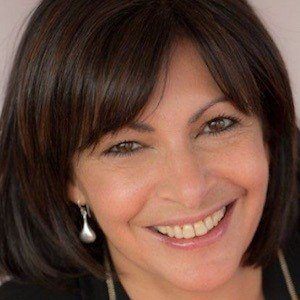 Spanish-French politician who became the first woman to be elected mayor of Paris in 2014. She joined the Socialist party in 1994 and is known for her stance against cults, especially the Church of Scientology.

She attended the prestigious Paris West University Nanterre La Défense for graduate school and started working as a civil servant upon completing her education.

Her family's ties to Spain and France go back to the Spanish Civil War, which forced her grandfather to flee the country and move to France, although he ultimately returned to his native country. She was born in Spain but moved to France at the age of two, where she and her sister grew up.

She married her second husband, politician Jean-Marc Germain, in 2004. She has a total of three children from both of her marriages.

She succeeded Bertrand Delanoe as the mayor of Paris.

Anne Hidalgo Is A Member Of