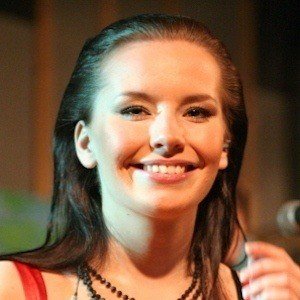 Finnish singer who first rose to fame in 2005 with the release of her debut album Protect. She would go on to release half a dozen more albums over less than a decade.

She was only seven years old when she made her public singing debut at a festival in Karvia.

In 2003, she competed in the Finnish Idols song contest.

Her sisters, Anne, Anniina, and Anitta Mattila are singers. She also has three brothers.

Both she and Robin Packalen gained fame as Finnish pop singers.

Anneli Mattila Is A Member Of