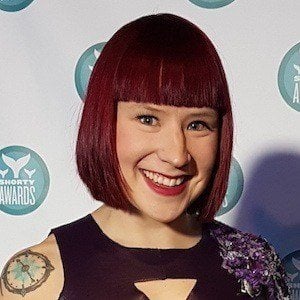 Gained fame alongside her husband, Lauri Vuohensilta, who is the star of the insanely popular experimental YouTube channel Hydraulic Press Channel. She has often appeared with him in the secondary channel Beyond the Press.

Long before finding success on YouTube, she began her internet career blogging on Rahkamuija in 2012.

She has her own self-titled YouTube channel where she has posted numerous informal daily vlogs. A powerlifter and bike enthusiast, she also writes about both on her blog Rahkamuija.

She grew up in Finland with one brother.

Her husband, much like Taras Kulakov, is known for creating unique science experiments on his YouTube channel.

Anni Vuohensilta Is A Member Of