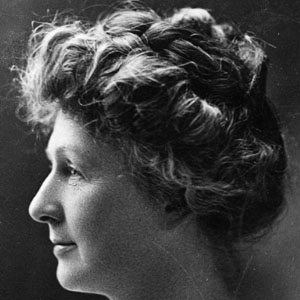 American astronomer who greatly impacted contemporary stellar classification when she created the Harvard Classification Scheme with Edward C. Pickering. She was the first woman elected as an officer of the American Astronomical Society.

She battled scarlet fever while a student at Wellesley College, leaving her mostly deaf.

She classified 230,000 stellar bodies, which earned her the nickname of "Census Taker of the Sky."

Her father, Wilson Lee Cannon, was a shipbuilder and state senator.

She was among many famous Wellesley College alumnae, a list that would later include Hillary Rodham Clinton.

Annie Jump Cannon Is A Member Of