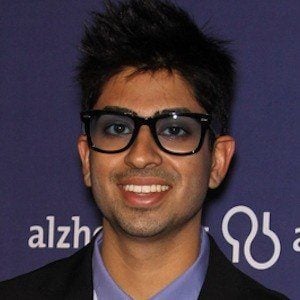 American singer-songwriter who gained fame for appearing on the eighth season of American Idol. He finished in sixth place in the competition.

He graduated from the University of North Carolina in 2008 with degrees in both political science and American studies.

He performed Michael Jackson's "Beat It" in his first finals performance on American Idol.

He was a contestant on American Idol which was judged by Simon Cowell.

Anoop Desai Is A Member Of