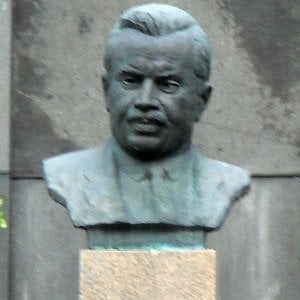 He went to Russia and became a member of the Central Committee of the Communist Party of Lithuania.

He initiated mass deportations of Lithuanians in 1941 and even had his own brother, with his family, deported to Siberia, where his brother died.

He married Mira Bordonaite and they had two children together.

Antanas Snieckus Is A Member Of