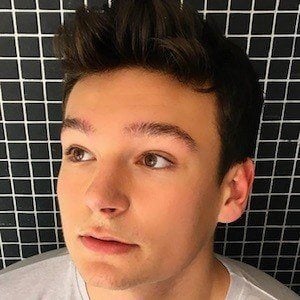 YouTube vlogger and entertainer who is known for his self-titled channel. He has gained popularity there for his frequent and eclectic blend of vlog entries, which include challenge completions and personal testimonials relating to his everyday life.

He has earned more than 850,000 subscribers to his YouTube channel. One of his most popular videos, "J'AI FAIT LE CHARLIE CHARLIE CHALLENGE !," has amassed more than 1 million total views.

He is of French descent and resides in Los Angeles, California.

He appeared in a picture with pop singer Margarita on Instagram for her birthday.

Anthonin Is A Member Of