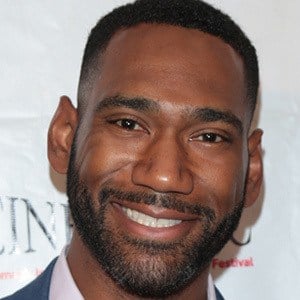 After graduating from Castle Hills Antonian College Preparatory High School, he attended the US Naval Academy for a short time before heading to Texas Christian University. He was a defensive lineman before moving to the offensive line during his redshirt season in 2000.

He was a fifth round draft pick of the Miami Dolphins in 2005. He was with the organization until 2007, and was part of the Kansas City Chiefs offseason squad in 2008. He retired from the NFL in 2009.

His father is from Nigeria and his mom is from Puerto Rico. His first cousin is Houston Texans defensive end N. D. Kalu. He has two children.

He starred alongside Tia Mowry in the show Family Reunion.

Anthony Alabi Is A Member Of