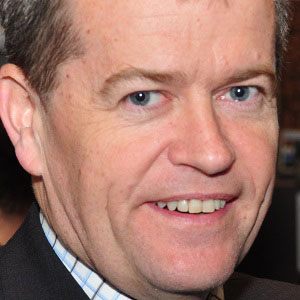 Australian Labor Party politician who began serving in the Australian House of Representatives in 2007.

He served from 2001-2007 as Secretary of the Australian Workers' Union.

After graduating from Xavier College and Monash University, he earned an MBA degree from the Melbourne Business School.

He was married twice: Debbie Beale and, later, to Chloe Bryce. He has a daughter named Clementine.

His mother-in-law, Quentin Bryce, was the first female Governor General of Australia.

Bill Shorten Is A Member Of