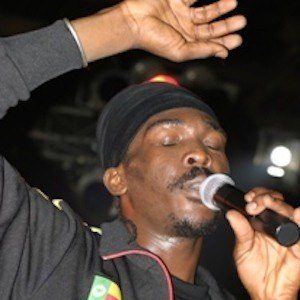 DJ and reggae musician who has released over 30 albums since 1996. He has also released 1000 singles and appeared on over 100 albums in the same timeframe. He has 150,000 followers on his anthony_b_originalfireman Instagram account.

He started singing as a kid in Clark's Town, Trelawney in the Revivalism and the Seventh Day Adventist church.

He was welcomed to Gambia by the king in 2003 and 2004. He sold out shows in Switzerland, Austria, Sweden, Belgium, France, Italy and Germany in 2004.

His family didn't take his decision to join the Rastafari movement well.

He has collaborated with R. Kelly, Snoop Dogg, and R. Kelly.

Anthony B Is A Member Of