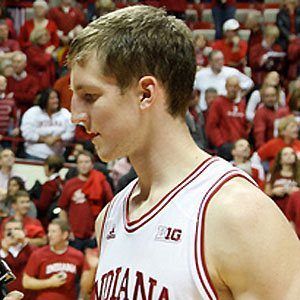 College basketball star for Indiana University who was drafted 4th overall by the Charlotte Bobcats in 2013. In 2017, he graduated from Indiana with a degree in business.

He entered the 2013 NBA draft after his sophomore year at Indiana.

His two older brothers, Tyler and Luke, both became NBA centers before him.

He was taken three picks after Anthony Bennett went first overall to the Cleveland Cavaliers.

Cody Zeller Is A Member Of