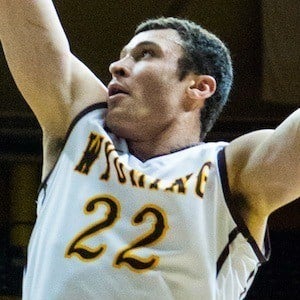 Basketball power forward who was the 27th overall pick by the Los Angeles Lakers in 2015. He had six points and five rebounds in his NBA debut, which came on November 6, 2015 against the Brooklyn Nets. In 2018, he was traded to the Cleveland Cavaliers.

He was a three-year starting at the University of Wyoming, leading the Cowboys to their first NCAA tournament in 12 years in his senior season.

His basketball career started as a point guard in high school, when he stood 5'11". By the time he reached the NBA, he was 6'9".

He grew up in Ohio with his siblings Pete and Casey. His father is former NBA All-Star Larry Nance. He got engaged to model Hailey Prince in September 2017 and they married in the summer of 2018.

He was the Lakers' second first round pick in 2015 after the team picked D'Angelo Russell number two overall.

Larry Nance, Jr. Is A Member Of