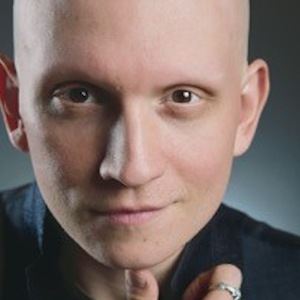 Often cast in the roles of geniuses or supervillains, he is primarily known as a television actor with some of his largest roles being Victor Zsasz on Gotham, The Mist on The Flash, Cory Smith on Parenthood and Tyler Davies on The Forgotten.

He became afflicted with alopecia areata at the age of 3 and has suffered with hair loss.

He became an advocate for body positivity.

He was born in Boston, Massachusetts. He married Gia Olimp in June 2018.

He acted alongside Bill Hader in HBO's Barry.

Anthony Carrigan Is A Member Of