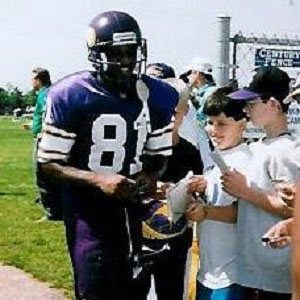 Wide receiver who became a star at Michigan, receiving the Big Ten Conference MVP award. He was named to three NFL Pro Bowls as a member of the Minnesota Vikings.

He was named as Michigan's Most Valuable Player, marking the first time a second-year player had won the award.

He set a record with 642 all-purpose yards in a single postseason in 1987.

He has a son named Anthony, Jr.

He was teammates with Hall of Fame wide receiver Cris Carter on the Minnesota Vikings.

Anthony Carter Is A Member Of