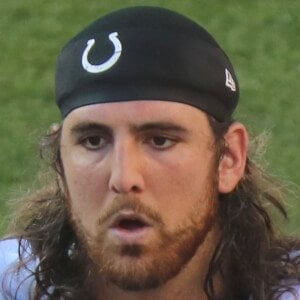 Offensive tackle who was a starter for the Indianapolis Colts during every game of the 2012 and 2013 seasons. He was drafted 22nd overall by the team in 2011.

He was a two-time All-ACC lineman at Boston College, while also breaking the school's record for consecutive starts with 54.

He was born to parents Bill and Shari Castonzo. He has a brother named Bill Jr.

Anthony Castonzo Is A Member Of