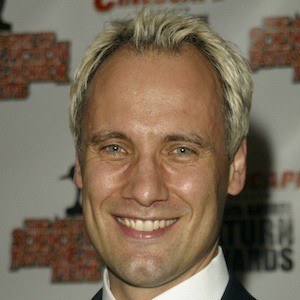 He dreamed of being an actor since the age of four. He studied under Stella Adler in Los Angeles.

He appeared in the show Charmed in 2006.

His father was a teacher and counselor and his mother took care of the family. He is one of six children.

He and Bryan Cranston both guest starred on Seinfeld.

Anthony Cistaro Is A Member Of