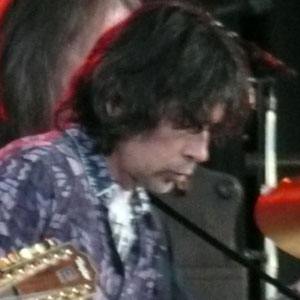 American musician and songwriter who has worked with many artists and has also released his own solo albums including his self titled debut in 1993.

He started his career in Nashville and performed at Opryland and toured with the Sonny James Band.

He has also worked in the music industry as a videographer and a photographer.

He was born in Birmingham, Alabama and married Savana Lee.

Anthony Crawford Is A Member Of