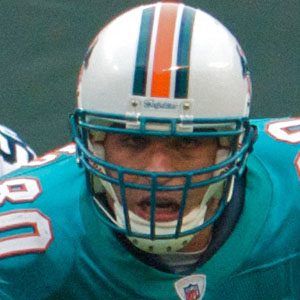 Tight end who was a second round 2006 NFL Draft pick by the Dallas Cowboys.

He joined the Miami Dolphins in 2008 and signed with the Kansas City Chiefs in 2013.

His parents raised him Roman Catholic.

He and Alex Smith were both signed by the Chiefs in 2013.

Anthony Fasano Is A Member Of