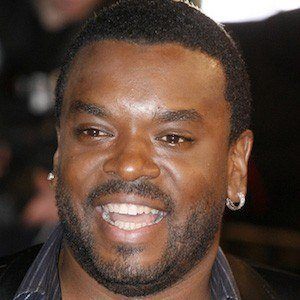 Standup comedian and actor whose versatile humor has become popular in language and nations around the world, from French and English speakers to Brazilian fans who call him Salamaleik. He has hosted his own shows like …et Anthony and starred in several films and stage productions such as the French adaptation of Chicago.

At fourteen, he made his stage debut at his high school talent show.

He has done voice acting for a number of popular animated American films including Mulan, Madagascar, Home on the Range, and The Princess and the Frog.

His wife's name is Alexandria and together they have a son named Mathis Alexandre Kavanagh.

Early in his career, he spent several years as the opening actor for international pop superstar Celine Dion.

Anthony Kavanagh Is A Member Of