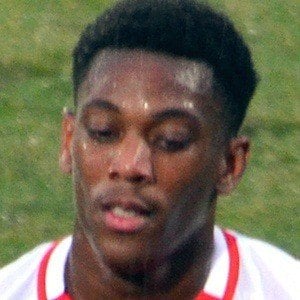 Forward for Manchester United who previously played for Lyon and AS Monaco as part of his senior career. He became the highest paid teenager in football history when he signed with Man U.

He began playing for the senior French national team in August of 2015.

He has two daughters with his ex-wife Samantha. He has a son with his wife Melanie Martial.

His style of play has been compared to fellow Frenchman Thierry Henry.

Anthony Martial Is A Member Of