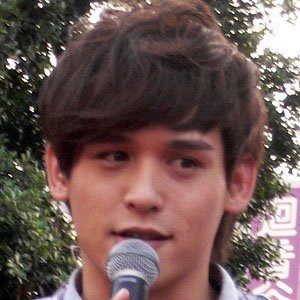 Known best for his participation in the fifth season of a popular Taiwanese television talent competition called One Million Star, this Mandopop vocalist released three albums -- Lesson One, Wake Up, and Friends -- between 2010 and 2013.

He studied theater and psychology at the University of California, San Diego.

In 2009, he signed with the HIM International Music label.

He grew up in Millbrae, California, as the son of a Taiwanese-Chinese mother and an American father. He and his wife welcomed a daughter in 2011.

While competing on One Million Star, he performed a much-lauded cover of Damien Rice's hit song "The Blower's Daughter."

Anthony Neely Is A Member Of