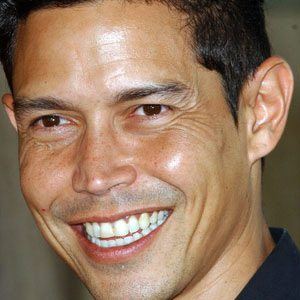 American actor who has been frequently cast as a law enforcement official. He is known for his role as FDNY paramedic Carlos Nieto in Third Watch and guest spots in Numb3rs as Agent Cordero and Criminal Minds as Lt. Ricardo Davis.

His first roles were in the smaller films White Fang 2 and Race the Sun before landing a minor role in the cult film Starship Troopers in 1997. That same year he was featured in an episode of Law & Order.

He appeared in eight episodes of the series Traveler as yet another officer of the law, this time as Agent Guillermo Borjes.