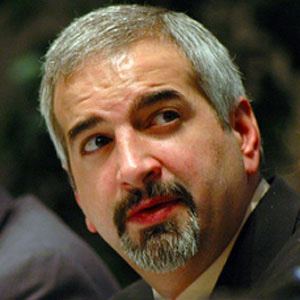 Former foreign correspondent for The New York Times who won the Pulitzer Prize for International Reporting on two separate occasions.

He graduated from the University of Wisconsin-Madison in 1990.

He was shot in the shoulder in 2002 by an Israel sniper while reporting for the Boston Globe in the West Bank.

He had a son with his wife Nada Makri.

He worked at The New York Times along with reporter Thomas Friedman.

Anthony Shadid Is A Member Of