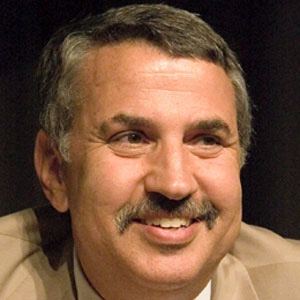 Pulitzer Prize-winning New York Times columnist who wrote The World Is Flat in 2005.

In 1975, he graduated with a degree in Mediterranean studies from Brandeis University.

He is actually a third-time Pultizer Prize-winning reporter.

He has two daughters with his wife Ann.

Thomas Friedman Is A Member Of