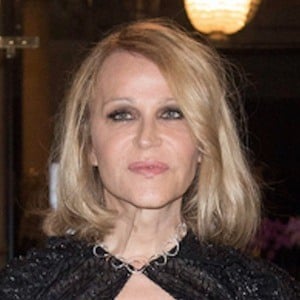 Actress, director, and screenwriter who is best known for her role in the 1999 film Todo sobre mi madre. She is also known for her recurring role of Estela Reynolds in La que se avecina.

She moved to Madrid at the age of 19 and began working as a theater actress. Her film debut was in 1994 when she appeared in La vide siempre es corta. She earned recognition with a role in Pedro Almodovar's film Todo sobre mi madre.

She was presented with the Woman of the Year award in 2000 by the National Board of the Spanish Women's Association.

She starred alongside Cecilia Roth and Penelope Cruz in Todo sobre mi madre.

Antonia San Juan Is A Member Of