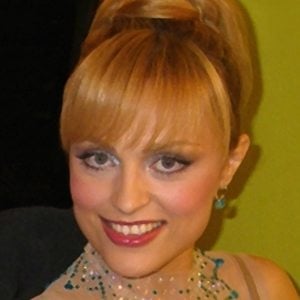 Singer who has been a regular presence at Croatian music contests throughout her career, including Ohrid Fest and the Croatian Radio Festival, both of which she has won. Some of her most popular songs include "Volim Osmijeh Tvoj," "Zovem Da Ti Cujem Glas" and "Volim Te."

She competed in the Miss Croatia pageant in the late 90s and studied sociology in college.

She played the villainous role of Tina on the soap opera Zabranjena Ljubav.

Her parents are Kaja and Marko Šola. She has a brother named Tomislav.

Antonija Šola Is A Member Of