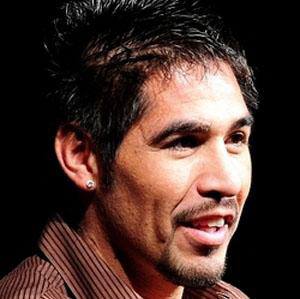 Mexican-American pro boxer who was a WBA, WBO, and IBF Welterweight Champion. He earned the nickname, "El Tornado de Tijuana."

His amateur boxing record was 18-3.

He married Michelle; his brother-in-law, Hanzel Martinez, also achieved fame as a boxer.

His license was revoked for a year by the California State Athletic Commission after he was caught with hand wraps that contained sulfur and calcium, enabling them to harden into Plaster of Paris when mixed with oxygen, prior to a bout with Shane Mosley.

Antonio Margarito Is A Member Of