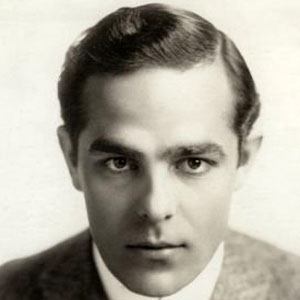 Remembered for co-starring with actress Norma Talmadge in numerous silent films, this early 20th-century screen actor also appeared in such 'talkies' as the acclaimed Mexican film Santa (released in 1932) and the 1954 American horror movie Creature from the Black Lagoon.

After acting in several regional theatrical productions, he moved to Los Angeles, California, and made his film debut in the 1912 movie Iola's Promise.

He appeared with Natalie Wood and John Wayne in the 1955, John Ford-directed western, The Searchers.

Born in Madrid, Spain, he spent his high school years in Massachusetts, U.S.A.

In the early years of his career, he appeared in a D.W. Griffith-directed short, silent film titled "An Unseen Enemy." The movie marked the first starring performance by actress Lillian Gish.

Antonio Moreno Is A Member Of